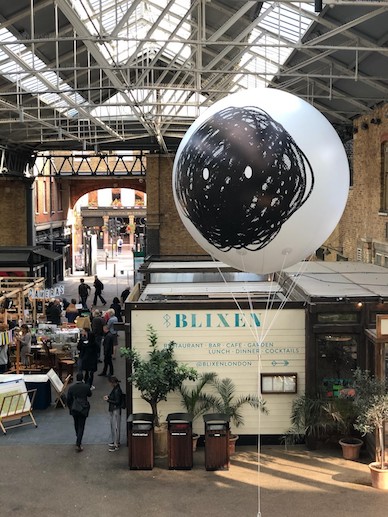 To raise awareness for retinoblastoma (Rb), an aggressive form of eye cancer that causes blindness in children, the Childhood Eye Cancer Trust (CHECT) launched an interactive campaign around the “Unvisible Friend,” helping parents see what the world looks like to a child suffering from Rb.

CHECT uses creative out-of-home displays, like giant balloons and eye chart posters with a large, black dot obscuring part of the display, to show passersby what a child sees when they are starting to lose their vision. Parents receive geo-targeted Facebook ads that direct them to the Unvisible Friend microsite, where they can further interact with the story of “Alice and the Dot” and learn more about the signs and symptoms of Rb.

The “Unvisible Friend” campaign is both creative and engaging, elements often lacking in public health campaigns. By immersing viewers in the story through a child’s eyes, CHECT makes the topic of Rb less frightening and more tangible to parents, empowering them to notice early warning signs and increasing the likelihood of early diagnosis.