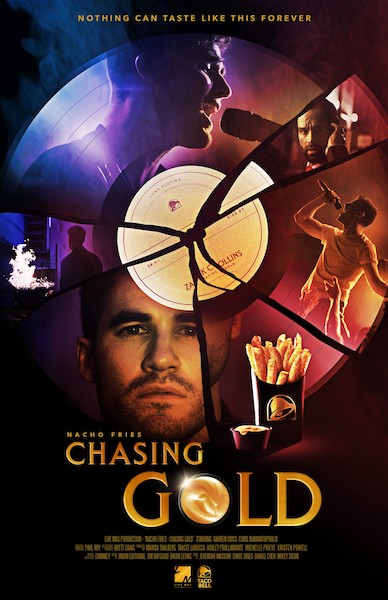 In order to announce the limited-time return of a fan-favorite menu item, Taco Bell created a film trailer and song all about Nacho Fries.

In the trailer “Chasing Gold,” Darren Criss plays the role of Zack Collins, a singer who is discovered by a talent scout after singing about his love of Nacho Fries. Collins immediately becomes a sensation, but his fame came just as quickly as it left. The trailer finishes out with his dramatic and emotional realization that sometimes love, just like Nacho Fries, only lasts for a limited time. Taco Bell has created film trailers previously for the release of Nacho Fries, such as James Marsden traveling to outer space and Josh Duhamel in a spy thriller.

Taco Bell found a creative way to build even more excitement for the release of an item that fans are already crazy about. By only offering Nacho Fries at select times, the brand is able to create a stronger buzz and increase sales significantly during these time periods.