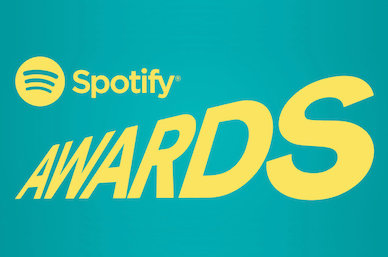 On March 5th, Spotify will be hosting its first music awards show, but instead of relying on a voting process, the winners will be chosen solely by user-generated streaming data.

The show will be broadcast live from Mexico City, which has more Spotify listeners than any other city in the world. After Spotify announced the event in late November, Apple moved quickly and hosted one of its own earlier this month at the Steve Jobs Theater in Cupertino, CA with a live performance by Billie Eilish. The Album of the Year and Song of the Year awards were based on Apple’s streaming data while Global Artist of the Year, Songwriter of the Year and Breakthrough Artist of the Year were determined by Apple Music’s editorial team. As noted in Apple’s press release, the winners’ trophies were made from “the same chips which power the devices that put the world’s music at your fingertips.”

As two of the top music streaming services, Spotify and Apple are constantly at war with each other to gain a higher market share. Although Apple reacted quickly and hosted its event first, Spotify is relying solely on its streaming data, putting full control in the hands of its listeners and encouraging them to stream their favorite artists more often.