Oui by Yoplait Partners With Instagram Influencers to DIY With Packaging 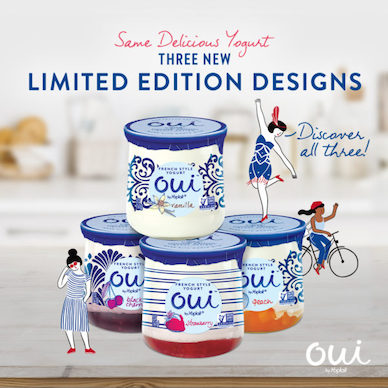 Fans can follow along from July 14 to August 4 as influencers show them how to repurpose Oui’s glass packaging into fun crafts. Four influencers will host their own DIY craft episode using Oui’s limited-edition heritage collection packaging. The containers feature new designs inspired by French patterns and culture. Most notable among the influencers is Queer Eye interior designer, Bobby Berk. He will show fans how to turn their yogurt containers into hanging planters. Other influencers include Bri Emory, Kate Arends, Elise Larson and Emma Chapman. Each video will be hosted from each influencer’s respective account and @OuiByYoplait will share the episodes during the 4-week event.

With more people staying home due to the pandemic, DIY crafting has become more popular. This series will allow fans to repurpose their trash while also increasing Oui’s reach. By utilizing well-known influencers, Oui can gather a larger community that is passionate about their product and the creativity of the brand.