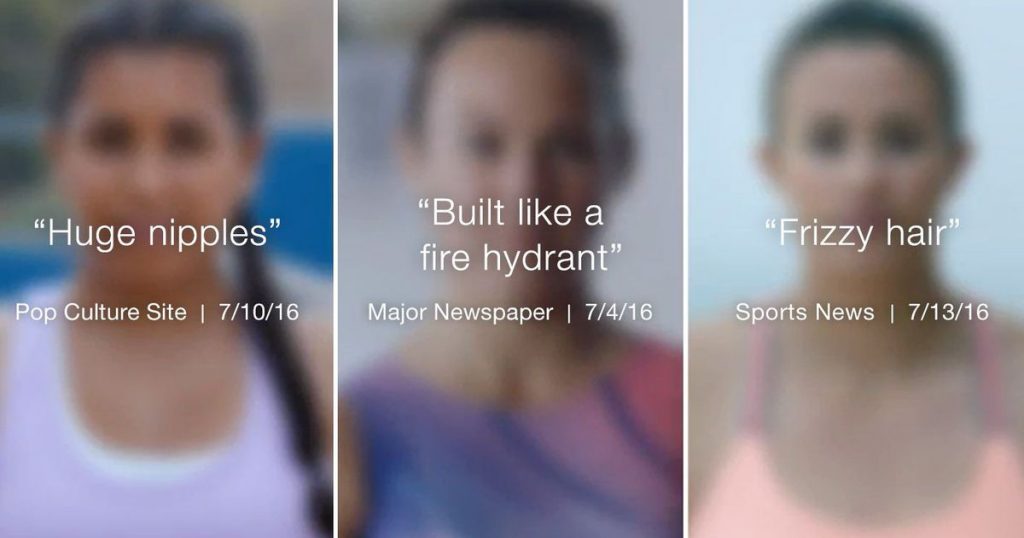 Dove is fighting back against the media for discussing the way female athletes look, rather than their athletic performance.

As part of its “My Beauty, My Say” campaign, Dove partnered with former Olympic gymnast, Shawn Johnson, to encourage the public to challenge the media to focus on the way female athletes play the game and not the way they dress or the shapes of their figures. Dove’s online hub, Dove Have Your Say, captures the media’s comments and allows fans to fight back on social media and tell the media that their looks should not be used against them – especially on the field.

This campaign is meaningful to consumers because it shows that Dove not only cares about this important initiative, but is also taking the steps necessary to correct it.