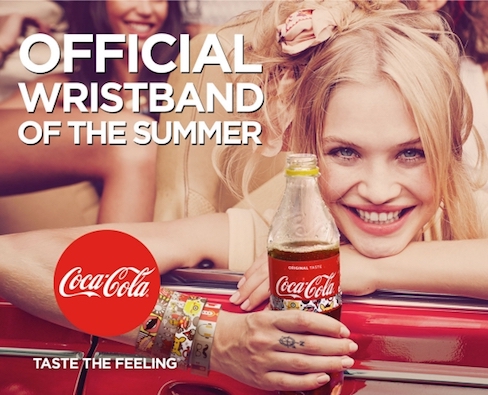 In Romania, Coca-Cola is rolling out bottle labels featuring peel-off wristbands that could give the wearer access to the country’s biggest music festivals and concerts.

However, not every wristband is a big winner. In order to find out if the wristband is changing their summer plans, the wearer downloads an official app that allows them to scan the band’s barcode.

This is a perfect example of why campaign development should always start with research. Coca-Cola recognized a problem in the market, worked to understand what motivated their target audience, and created a campaign that was appealing, fun, and genuinely beneficial to that audience.