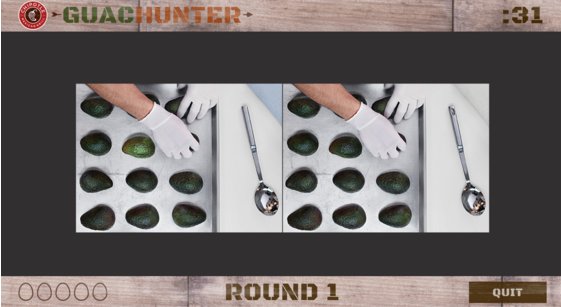 This week in an effort to boost lagging sales after some serious food illness outbreaks in 2015, Chipotle Mexican Grill launched a new online “photo hunt” game called “Guac Hunter,” which offers players the opportunity to win free guacamole and chips if they successfully complete three rounds.

Chipotle partnered with Avocados From Mexico to build the engaging experiential game in hopes of luring customers back to their stores. This tactic to reach out to consumers has so far proven effective, as it has driven awareness via digital interaction, and has helped to re-ignite excitement towards the brand, which has been battling image issues amid previous health concerns.