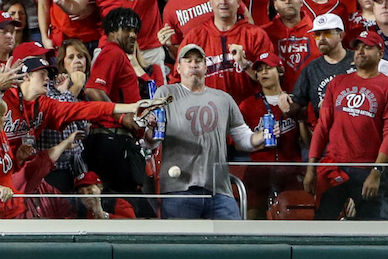 After a fan took a home run ball to the chest instead of spilling either of the two Bud Lights in his hands during Game 5 of the World Series, the brand knew they had to capitalize on the moment.

During the second inning of the game, Houston Astros player Yordan Alvarez hit a home run straight to fan Jeff Adams. Live TV caught Adams successfully stop the ball with his chest without spilling a drop of Bud Light and the video immediately went viral. Bud Light acted quickly and asked Twitter followers to help them find this “hero,” which they did quite easily. The brand then put together a quick 15-second commercial using the footage and the quote “Not all heroes wear capes.” Adams was also invited to sit in the outfield seats during the next game as an official Bud Light ambassador.

By moving quickly, Bud Light was able to turn a moment that everyone was already talking about into positive PR for their brand. The outcome proves that simple ideas can be extremely effective if the timing is right.